The planes appear to have similar deficiencies to the one that crashed in Texas last week. 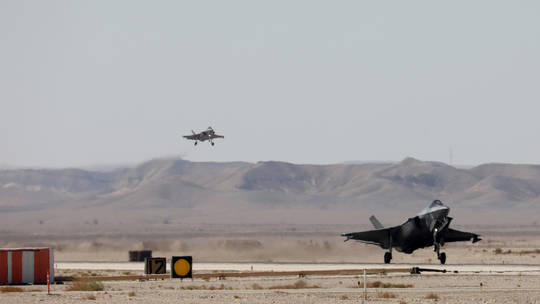 The Israel Defense Forces (IDF) has decided to ground 11 of its F-35A fighter jets on Sunday, following an incident in Texas last week that saw a US Air Force F-35B Lightning II crash during an attempted landing.

“From the findings and the information transmitted, it was found that these planes require a dedicated inspection in order to rule out the possibility of a repeated malfunction in the Israeli system,” an IDF spokesperson told the media.